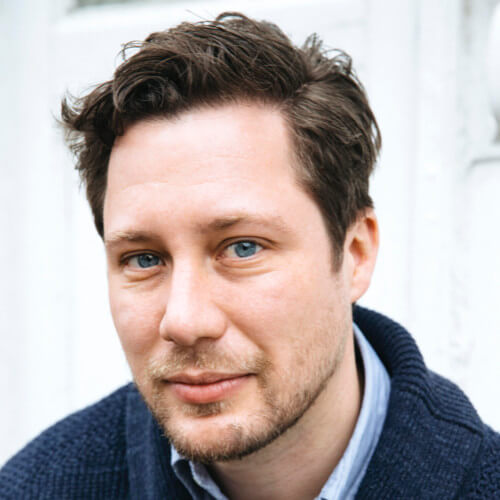 “Being able to move fast and meet deadlines while executing crazy, complex ideas can almost seem impossible at times.

Special Operations Studios is a Brooklyn-based commercial arts and entertainment company at the intersection of creative, production, and post-production. Its services include campaign development and strategy, live productions, branded content, sound design, and motion graphics. When it’s not churning out top-shelf commercial content for brands such as Burger King, Nike, and Tim Hortons, the professionals at Special Operations Studio often work alongside top content studios, agencies, and networks on special projects for The New York Times, DJ Cassidy’s “Pass The Mic” (a viral hit featured during this year’s Biden/Harris inauguration, and now a mainstay on BET), and others.

Co-founder Frederic Brehm says creativity is the “driving force” of the company he launched two years ago with partner Brad Dixon and lead editor Ian Park. “We’re always trying to come up with the shot we haven’t done before,” he explains. “What’s the new tool we could use to get a cool shot – like a tilt shift lens, or a drone? The most fun thing for me is figuring out how to use those tools in a storytelling capacity.”

Special Operations Studio is also known as “SOS” for short – a fitting moniker, Brehm says, for what the studio does every day. “We’re the team our clients can rely on for their special projects,” he explains.

Some of Special Operations’ clients include Burger King, Nike, Audible, Mastercard and more.

Because Brehm, Dixon and the rest of the Special Operations team are video production veterans with several years of experience, it’s probably not surprising that they’ve tried nearly every large file transfer service in existence. The main problem? None of them were even close to reliable, says Brehm, with hard limits on file sizes and needlessly complex instructions to set up and use.

While Special Operations also has its own server, using it to receive content would mean sharing credentials with potentially hundreds of people – a non-starter for Brehm – along with providing real-time technical support for those not familiar with FTP. Not exactly a great option, either.

“File transferring has always been a sore spot,” he explains, adding that he even attempted to develop his own system for delivering FLV proxies and other files a few years ago. He’s tried most file transfer and storage services on the market since then, including Aspera, WeTransfer, Dropbox, and Google Drive.

“If it’s a file transfer solution, we’ve probably used it at some point. We’ve had accounts with everybody. And there’s always something (that goes wrong). They’re just not reliable for the type of work we do, where we’re sending a hundred gigs at a time, all over the world.”

The studio’s typical pre-pandemic engagement involved traveling to video shoots in different cities practically every day. Because they couldn’t travel during Covid-19, that workflow was usurped in early 2020 by a remote process involving local camera operators and production teams. Same for their high-profile collaborations with celebrities such as with DJ Cassidy, whose Pass the Mic series is filmed on location at artists’ houses across the country.

In all three situations, Brehm says, having a dependable large file transfer service is vital. But the need turned critical after Pass the Mic signed a six-show deal with BET.

“They’re relatively simple shoots,” he says, “but they are very time sensitive. This stuff has to come back to our office really fast. We have to edit it and turn it around really quickly to meet our deadlines.”

Brehm says that to consistently meet those and other deadlines on various remote projects in collaboration with people across the country (and, in some cases, the world), the studio quickly recognized it needed MASV. “That was the big switch for us, where we said: ‘OK, we’re just doing MASV now,’” he says, adding that the platform’s reliability and flexibility made it a no-brainer.

“MASV Portals were actually a big, big win for us on that.”

Brehm says the first thing that got his attention about MASV was its lack of limitations on file sizes or data volumes. Once he saw the speed of MASV compared to other services combined with its reliability and ease of use, he was sold. MASV’s unparalleled transfer speed is backed by a global network of 150+ servers powered by Amazon Web Services (AWS). Special Operations Studio set up a distinct, branded MASV Portal for each one of its clients or partners – MASV customers can set up as many Portals as they need – with each then sent a Portal web link for uploading files. To upload their files, all each client or partner now needs to do is: 1) open the link, and 2) drag-and-drop their files into the MASV Portal – no logins or other steps required.

“They can just drop it in there,” says Brehm, adding that the studio’s MASV Portals are equipped with automations that send content directly to Special Operations Studio’s Frame.io account as soon as it’s uploaded. “They don’t have to worry about who it’s going to, or having an account, or anything. It’s literally like, just put it in there, and everyone on the team for that particular client gets emailed whenever anything gets added.”

Because Frame.io creates proxies of all files, the studio’s remote editors can download and work from those (much smaller) files instead of having to wait to download massive RAW video files from Frame.io every day. An added bonus to this workflow, Brehm says with a smile, is that his studio doesn’t have to pay MASV for multiple downloads of the same content. “We do just one download straight to Frame.io, and then we can distribute it from there.”

Brehm says MASV Portals combined with automated Frame.io integration saves his team countless hours. Not only do he or his clients not have to supervise transfers until they’re complete, but he also doesn’t get all those calls from clients and partners asking how to send a file. “The simplicity of MASV is what makes it so easy for us to implement across everything,”: he says.

“Now I don’t have to worry about getting calls from people to explain file transfer, or dealing with IP addresses, or people installing plugins, or anything like that.”

Video collaboration is a team sport. MASV Portals makes it faster than ever to get your team’s footage into Frame.io

The ability to send a link to any client or partner without having to provide login credentials was also huge, he says – especially as Special Operations Studio’s client list swells. “It just became a really easy way for us to collaborate with these larger teams and larger companies, especially when I don’t necessarily even know who some of these people are,” he says. “I’ll have a main contact with the client, but the design team at The New York Times may need to send the post-production team something. Instead of having these emails going back and forth about things, it’s like, just throw it on the link and it’ll get there.”

Now all Special Operations Studio needs to do to get a remote project up and running – whether it’s a Burger King commercial or the latest episode of Pass the Mic – is provide the on-set team with a MASV Portal link. Once remote teams use MASV Portals for the first time, Brehm says it’s “obvious” what they need to do.

“I can send (collaborators) the MASV Portal link and everyone just gets it immediately. Everyone can understand it.”

“As a filmmaker during COVID-19, my job has become almost like tech support,” he explains. “It’s coaching journalists from The New York Times how to set up their camera or other technical things. So it’s already a challenge, but the file transfer part is now not a challenge. That’s because I can send them the link and everyone just gets it immediately. Everyone can understand it.”

Special Operations Studio uses MASV Portals combined with the Frame.io video workflow platform, and MASV’s integration with this popular tool means SOS doesn’t need to lift a finger to get the files it receives through MASV into its Frame.io account. Here’s how it works: MASV Portals provide a simple drop-link service where anyone with an internet connection can easily send you large files. When combined with Frame.io, all content sent through a Portal can be automatically transferred to a Frame.io account. After setting up Frame.io as an automated destination behind its MASV Portal, the client’s contributors’ files are now delivered directly to its Frame.io account just like clockwork – no logins for contributors required.